The August 4th explosion in Beirut’s port created a crater in the center of the Lebanese capital that is a stark visual representation of the country’s social, political and economic turmoil. Lebanon’s long, free-falling descent culminated in an explosion of 2,750 tons of ammonium nitrate that left over 180 people dead, billions in dollars’ worth of damage and an open wound that cannot be ignored. The explosion is furthermore symbolic of the power vacuum that has left the country vulnerable to international interests. It is not just neighboring countries who are concerned: France has taken a strong interest in a country at its most precarious turning point.

Barely two days after the explosion, French President Emmanuel Macron landed in Beirut to tour the damage and meet with Lebanese officials. In the city streets he was welcomed with tears and open arms, while social distancing measures fell by the wayside. It was a heroes welcome, in lieu of any reassuring appearance by Lebanon’s own Prime Minister or President (the Cabinet, and several MEPs, later quit). The Lebanese population was so moved by Macron’s presence that over 60,000 signed a petition calling for a French mandate to be instated until Lebanon can get under control. Calls for neo-colonialism? Edward Said must be rolling over in his grave.

“We believe Lebanon should go back under the French mandate in order to establish a clean and durable governance,” the petition reads, calling for a 10-year mandate period that hearkens back to the decades when Lebanon was under French rule (1920-1943). Macron, filling a void that Lebanon’s government cannot, seems to have capitalized on the vote of confidence from the Lebanese common man. Before leaving, he gave a passionate speech calling on Lebanon’s government to make changes and reminding the Lebanese people that they had full French support. Now, ahead of his upcoming September 1st return visit, he has released a detailed “roadmap” for Lebanon’s future.

Macron’s roadmap is decent and practical. It calls, notably, for an audit of the central bank, the nomination of a temporary government to pass urgently needed reforms, and an international inquiry into the blast. The two-page document of his “wishes”, which was not circulated among the general public, also cites humanitarian aid, reconstruction (of which France offers its full services), and economic and political reform as four additional main measures. If followed, these reforms would greatly transform the country.

The roadmap remarks that priority must be given to form a new government “to avoid a power vacuum which would further entrench Lebanon in crisis.” A power vacuum, it should be noted, that makes the international community anxious–and of which they also want to take advantage. So far, Lebanon is squarely heading down that road: the sectarian government cannot decide whether to leave or replace Prime Minister Hassan Diab, who quit nearly a week after the blast but has since been reinstated as a “caretaker” prime minister. Calls from Hezbollah and the Amal Party to put former Prime Minister Saad Hariri back into the seat have been resolutely rejected from other parties.

France appears to be taking advantage of the very power vacuum it insists it wants to avoid. While the two countries have maintained close ties since France ended its control over the country, Macron’s visit is nevertheless a little surprising. It is not often that a foreign president visits a country and openly announces that said country needs to completely overhaul its government (and blames said government for the country’s troubles) without being promptly kicked out. Lebanon’s government might be horribly corrupt, but Macron’s actions still smack of colonialism and superiority; the proposed roadmap should, if anything, be introduced by the United Nations or a coalition of “concerned” nations–or better yet, by the Lebanese government itself. Not by France.

It should be openly acknowledged now that international aid is not a good deed, and there is often punishment involved, with the recipient rather than the donor being punished. Ally or not, countries do not give (financial, material, political, vocal, etc) support unless there is something in it for them. France/Macron’s support and concern is therefore not only a show of solidarity between two countries. France/Macron has an ax to grind: Macron is cementing France’s power in the Middle East (and the world stage), filling a void left by the United States. Power vacuums are attractive to world powers who are forever on the lookout for new spheres of influence.

Lebanon’s power vacuum could be met with several possibilities. The country could rehaul the government and end up with lots of disgruntled players. It could “continue on” as is and devolve into a truly failed state. It could take a turn for the worse and dissolve into civil war, something the Lebanese are all too familiar with. It could fall prey to outsider influence. While a foreign mandate, French or otherwise, is unlikely, it does not mean that other countries will not swoop in, either overtly or more quietly, to exert influence on the proceedings. Emmanuel Macron is taking the overt route, and at the present time no one is stepping up to challenge him.

On one hand, France’s response is welcoming. Short-term, the generous support the country has so far provided is much needed to the ravaged country. However, Macron is not playing a short-term game. France already perhaps plays a role in Lebanese politics, if its reception of former PM Hariri in 2017, after the latter first “visited” Saudi Arabia before traveling to France to announce that he would resign, indicates anything. Lebanon is not a wealthy country: it does not have the oil resources of its neighbors, and its economy is nonexistent. So while France/Macron might not provide aid as a cover for financial/material motives, there are definitely motives at play. The question is: will the Lebanese people ultimately benefit?

Turning points in the Middle East have a tendency of either (a) fading away as missed opportunities or (b) taking a hard left turn in the (wrong) direction. At present, Lebanon is stuck in its quagmire (option a). Perhaps Emmanuel Macron’s September 1st visit will change that, but it will be seen whether it’s a hard turn in the wrong or right direction. 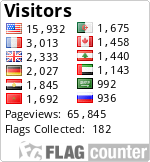